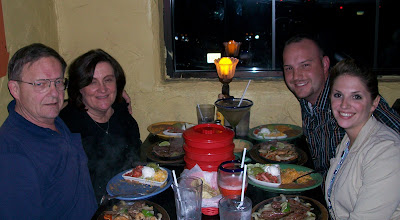 This picture was taken Saturday night curtisey of my NEW CAMERA! OH YEA! My wonderful husband (sitting next to me!~) and his parents went in together and bought me a new camera for my birthday! I was soooo excited! (for those who keep track of such things, my birthday isn't until the 28th, but his dad was off work that night so it worked out well for everyone.
Well I was so exited about this new camera that last night I decided to get creative. Chris called on his way home and asked what I was making for dinner and I told him I was making up something.... his reply: "Oh good, I like when you do that, it's always so good"... he's sooo cute!

Here is my Breakfast Pork Dinner!

Take a few tablespoons of olive oil and heat in a large skillet. Add onions and garlic to it and cook until the onions are transparent. Season the Pork Chops with salt and pepper and put in skillet with onions. Cook until mostly cooked through. Preheat oven to 400 and put pork chops in oven with slices of ham on top of chops. Cook about 10-15mins and then top with cheese. Melt cheese and pull out of oven. 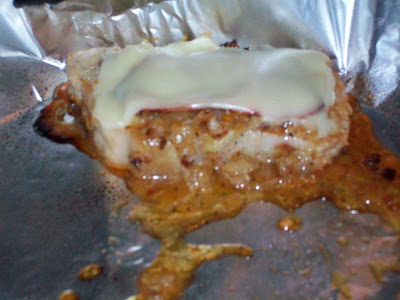 Fry egg in previously used skillet and top each chop with an egg. 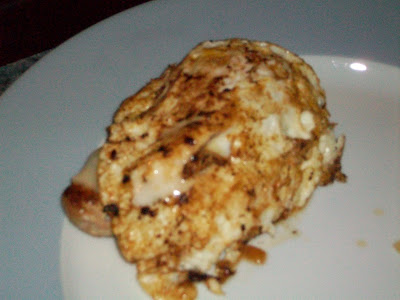 Sprinkle with salt and freshly ground pepper and serve... and DON'T make fun of my suddenly pasta! HAHA 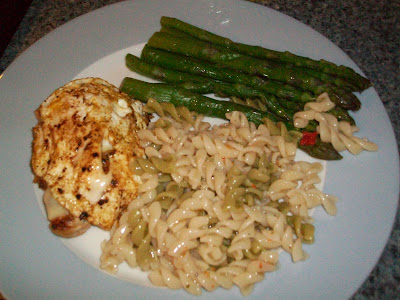